As a hospice chaplain I know that Karl Marx was perfectly right when he described religion as “opium for the masses.” With the end of life approaching, I find patients and families seeking comfort in religion. For the person on hospice care that is perfectly appropriate. They receive all kinds of medications for pain-relief. They may also use religion for pain-relief. Similar to the opioid crisis with pills, America is suffering from an opioid crisis with religion. A faith that is supposed to make the individual feel better, does not represent the wholeness of biblical witness, missing out on prophetic challenges. Spiritual Comfort Care in extremely high doses needs to be reserved for those who have absolutely no prospect of change in condition. Too often, healthy grownups get drunk on religion. That can be detrimental when they care for a family member on hospice care and religiosity is really a mode of denial. Religious sweetness can be lavished upon the dying as generously as they need and want it. As with any intervention the maxim is: the right dose at the right time.

Today, the Christian tradition celebrates Ascension Day – the day when Jesus was lifted up to heaven. The story is recorded in Acts 1:1-11. What strikes me is how the apostles were flabbergasted: “While he was going and they were gazing up toward heaven, suddenly two men in white robes stood by them.”

That’s how dying and grief work: The apostles did not get closure because they never had the proper goodbye at a funeral, because Jesus became socially distant three days after his death. And now that it’s time to say farewell again, there is still that expectation that at some point he will come back. Those transitions are hard and nobody ever accepts them as finite. The angels even reinforce that in front of the grieving apostles: “They said, ‘Men of Galilee, why do you stand looking up toward heaven? This Jesus, who has been taken up from you into heaven, will come in the same way as you saw him go into heaven.'”

Barbara Karnes, RN, reminds family members of hospice patients that one to two weeks prior to death, the dying person may seem to converse with loved ones who have died before them. The transition from here to there is not always instantaneous but can take time and be confusing and Ascension Day reminds us that that’s okay.

During the corona crisis most of us are subjected to daily temperature checks. The numbers get repetitive. We actually have a Zoom meeting in the morning where 20+ people call out there temp. Today I turned that health chore into a spiritual reading. Just look up your temperature in the Book of Psalms!

Here are Psalms 96-100 which hopefully covers the Fahrenheit range you fall in.
For the Celsius population here are Psalms 35-38.

I had 97.9 today which translates into:
“For you, O Lord, are most high over all the earth; you are exalted far above all gods.”
What’s your temperature verse of the day? 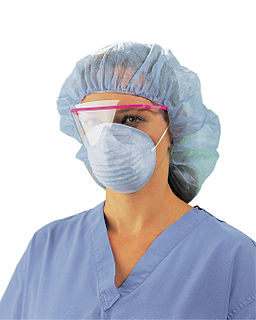 During the Corona Virus outbreak there is a lot of talk about infection control and quarantine.
Today I was reminded of this odd little story of a healing that Jesus performed:

Jesus Cures a Blind Man at Bethsaida (Mark 8:22-26)
They came to Bethsaida. Some people brought a blind man to him and begged him to touch him. He took the blind man by the hand and led him out of the village; and when he had put saliva on his eyes and laid his hands on him, he asked him, “Can you see anything?” And the man looked up and said, “I can see people, but they look like trees, walking.” Then Jesus laid his hands on his eyes again; and he looked intently and his sight was restored, and he saw everything clearly. 26 Then he sent him away to his home, saying, “Do not even go into the village.”

Sounds gross, right?
Smearing spit in someone’s eye would be the greatest way to spread all kinds of infections. But then all of a sudden Jesus seems to understand what he just did and asks the man to self-quarantine: Stay at home and avoid public places.

The moral of the story?
Finding the right balance of engagement and solitude is not easy

Dietrich Bonhoeffer’s “Ethics” were published in 1949 and propose that Ethics have a claim on all aspects of life. Accordingly, in 2019 I proposed that spiritual resilience needed to be assessed with the same big picture view.