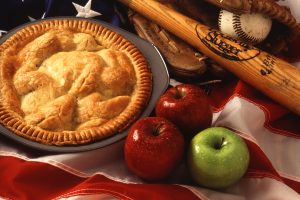 I am called an American. My certificate of naturalization says so. It also lists my “country of former nationality” as Germany. Now what makes me an American? I eat apple pie, I speak English, I have a propensity for liberty. That’s good enough, right? Well, wait a minute. This whole hemisphere from Cape Horn to the Arctic is called America. Since I did not go to school in this country I had to look up why that is.

Please join me on that search and meet Amerigo Vespucci. He was an explorer who landed in the New World in 1502. Vespucci demonstrated that Columbus was wrong when he thought he found a shortcut to India. Vespucci showed that this is a truly new continent and that is how the latinized version of his first name became the name of my citizenship. Amerigo became America. Amerigo Vespucci was born in Italy, naturalized into Spanish citizenship and worked for the Portuguese government. That’s what America is all about: We wear our national identity lightly. The places we live and the identities we hold are subject to change. You are single one day and in a relationship the next. Then you may turn into a parent. All of sudden loved ones are gone. Nothing ever stays the same. Most Americans even hyphenate their self-classification: German-American, Czech-American, Anglo-American, Mexican-American and so on. America in its very name carries the notion of being from somewhere else. This land is not truly your land or truly my land.

The facts that I eat apple pie, speak English, and have a propensity for liberty – those are all things of this world. And as such they are only of secondary importance as 1 John 2:15-17 reminds us:
“Do not love the world or the things in the world. The love of the Father is not in those who love the world; for all that is in the world—the desire of the flesh, the desire of the eyes, the pride in riches—comes not from the Father but from the world. And the world and its desire are passing away, but those who do the will of God live for ever.”

So this Fourth of July, let’s eat apple pie and celebrate liberty. But let us also remember that these desires are passing away. Only God’s love remains.