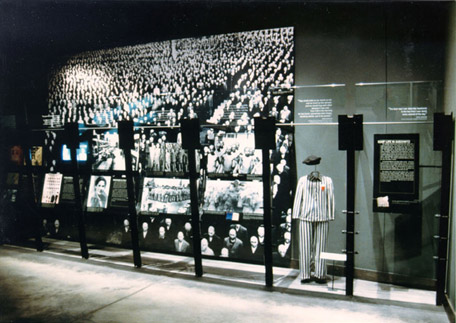 “Zachor!” is a Hebrew commandment usually translated as “Remember!” The problem with the Western word “remember” is that it relates to the past: bring back to memory what once was. That is not the intention of the Biblical authors. They want to speak into the present of God’s people whenever and wherever that may be. When the people receive the Ten Commandments at Mount Sinai we are not supposed to remember that as history long gone. We are supposed to stand there with them. Remembering in a biblical sense is acknowledging God’s presence in our present time!

As the world remembers D-Day this week, it has to be clear that we do not (only) remember a past event. We have to retell these stories as if they mattered today because they do. Steven Spielberg and Tom Hanks produced the HBO miniseries “Band of Brothers” in 2001. It remembers the story of Easy Company, 2nd Battalion of the 506th Regiment of the 101st Airborne Division. Over ten episodes we join the soldiers from their preparations leading up to D-Day to the end of World War II. Along the way Easy Company liberates one of the Kaufering concentration camps which were subsidiaries of Dachau.

As I rewatch Band of Brothers I remember (zachor) that D-Day is not just a response to Pearl Harbor, not just an act of self-defense or retaliation. D-Day is the faithful response to the horrors that Nazi Germany afflicted upon the world – especially the Jewish people. These crimes are usually remembered as the “Holocaust” which is a reference to biblical holistic offerings, where an entire animal is burnt as an offering to God – not just some parts. It is a very expensive and rare kind of offering (Exodus 20:24). Jews prefer to not be remembered as animals slain on an altar. The term Holocaust implies that an offering is pleasing to God which the concentration camps where totally not. The proper term is “Shoah” which means destruction (Zephaniah 1:15). How we remember and what words we use matters.

What does God do after restoring Israel? According to today’s reading Zephaniah 3:1-20
“He will sing and be joyful over you, as joyful as people at a festival.”

Or in the immortal words of The Beastie Boys:

I did make that reference earlier…