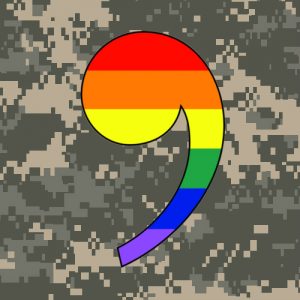 As an Army Reserve Chaplain I am but a small wheel in the big machinery of the Big Army. But I am posting this to support you today. For years you have had to live in hiding. Just over the last year you were finally officially recognized as valid members of the Army Family. All echelons have undergone training to implement full integration. The trainings that I have helped facilitate showed some of the expected reservations especially around shower questions. This can and will be worked out as it is in militaries around the world.

Today you are under attack again and that is by your boss, our commander-in-chief:

After consultation with my Generals and military experts, please be advised that the United States Government will not accept or allow……

….Transgender individuals to serve in any capacity in the U.S. Military. Our military must be focused on decisive and overwhelming…..

Now to be clear: No policy changes were officially published. So far this is just an individual expressing their opinion. Don’t lose hope! As Soldiers you have memorized the Soldier’s Creed that reminds you, “I will never accept defeat. I will never quit.”

Most importantly: don’t quit on life! Too many allies have approached me sharing stories of their transgender battle buddies dying from suicide during or shortly after basic training. The President of the United States telling a group of Soldiers that they are unwanted or somehow deficient endangers lives and undermines military readiness.

If you need somebody to process your reactions to today’s attack on you, please reach out to your chain of command and your chaplain. Your command is trained to be helpful in the transition process. Your chaplain is there to provide you with the spiritual support that you need. For my tradition I may boldly proclaim that you you were created very good. God affirms your true identity.